The story of Luminox and its close links with the US Navy SEALs began in the early 1990s. In 1992, Chief John Engraff of the US Navy SEALs initiated the search for a dive watch with reliable illumination in darkness.

Why? Well, the elite force he represented needed such a timekeeping instrument for their night missions.

In 1993, he tasked Chief Nick North to source for such a watch. Chief North was then the Senior Public Safety Engineer and Operations Specialist. North subsequently discovered Luminox at a trade show.

That same year in 1993, Luminox created the first dive watch model. This was then developed into the original Navy SEAL dive watch that was introduced in 1994.

The commercial model, in the same style as that supplied to the US Navy SEALs, was launched in 1994 as the Luminox 3001 Original Navy SEAL. It is categorised under the Original 3000 Series. 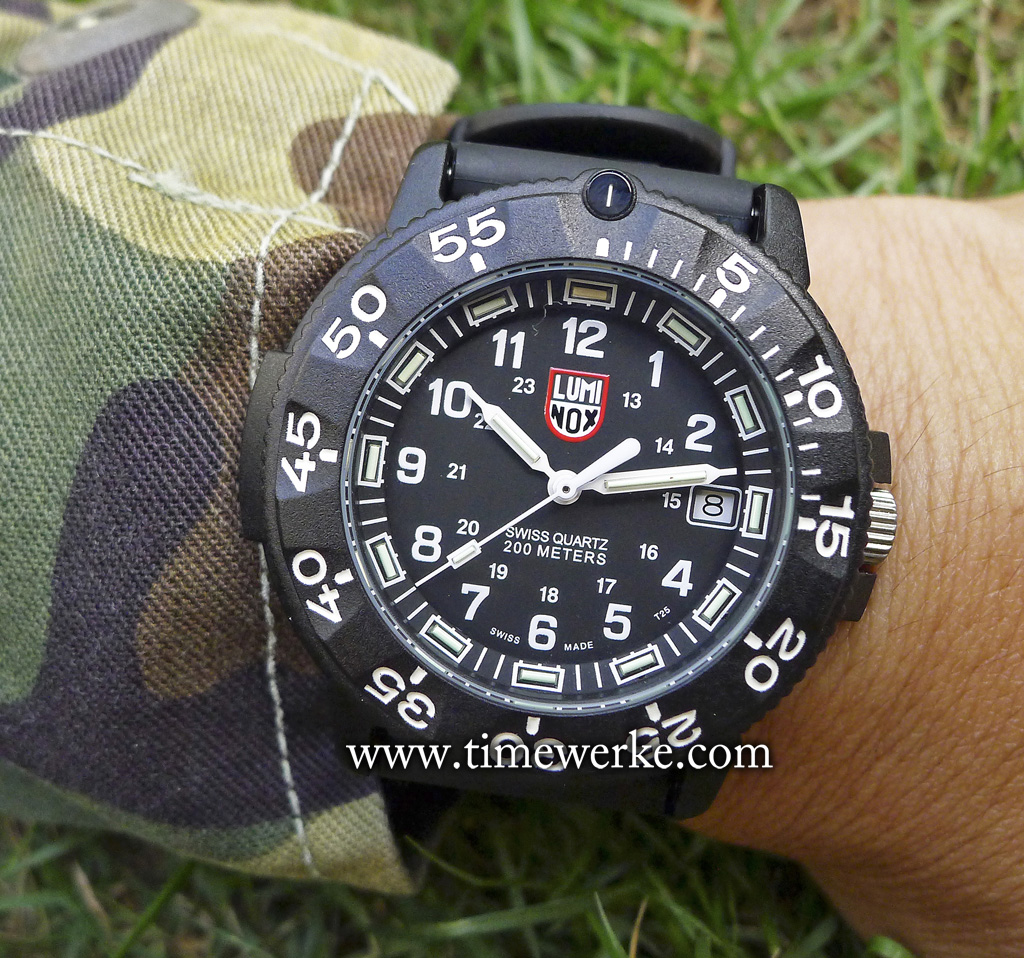 Luminox Original Navy SEAL 3001 Series (from the 3000 Series). This was the model that made Luminox famous. The 3001 Original Navy Series was the commercial version of the first dive watch supplied to the US Navy SEALs. Photo: © TANG Portfolio/TimeWerke.

The watches for the US Navy SEALs weren’t just laboratory-tested but field-tested as well.

Chief Engraff of SEAL Team Five actually tested a modified Luminox watch for one year. “I wore the Luminox dive watch during physical training, running the obstacle course, on run-swim-runs, parachute jumps, while firing heavy weapons, and on numerous operations during a six-month overseas deployment,” he recalls.

These marked the beginnings of a long-term partnership with Luminox becoming the watch of choice for the US Navy SEALs. 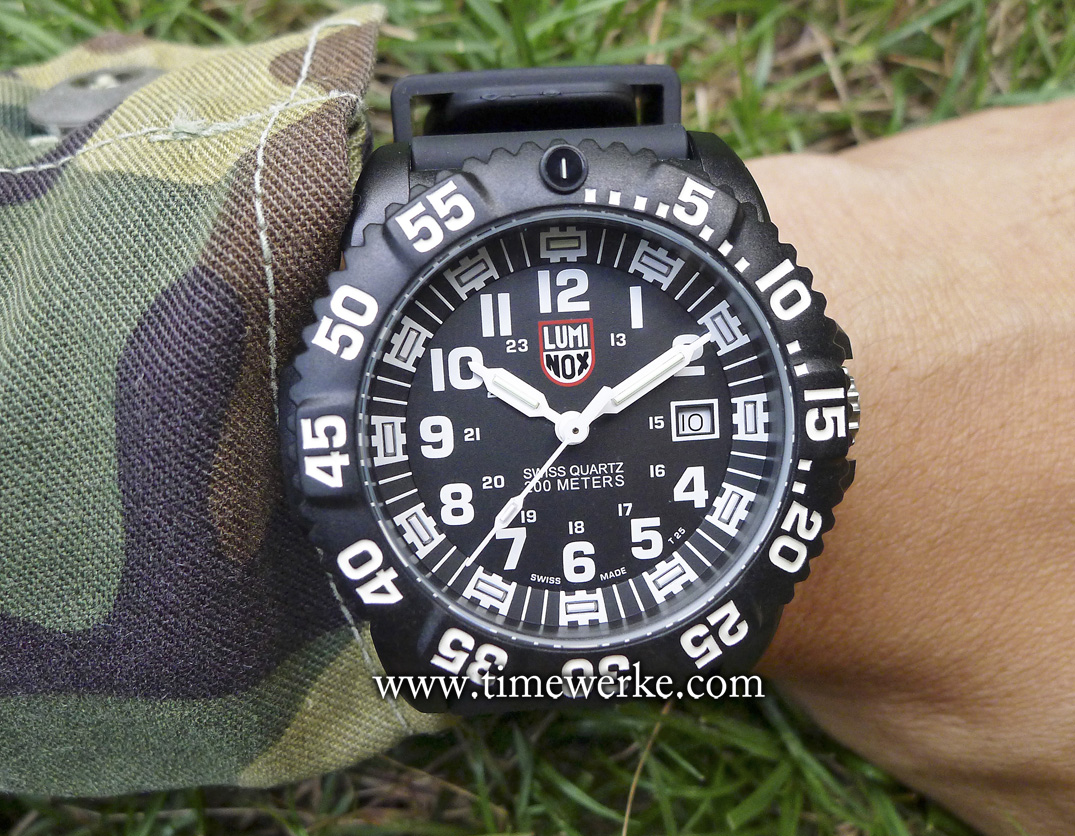 Luminox Navy SEAL Colormark 3050 Series. Introduced in 2007, this model evolved from the Original Navy SEAL Series (3000 Series). It is more legible and has a thicker case. Photo: © TANG Portfolio/TimeWerke.

Over the years, the Luminox Navy SEAL Series evolved and significant milestones were achieved. One such model is the 3050 Series. Introduced in 2007, the 3050 Series features a case and uni-directional bezel made of carbon compound.

Luminox Navy SEAL 3500 Series. Launched in 2017, this is the modern interpretation of the 3050 Series (of 2007). Its stainless steel screw-down caseback features the stamped Navy SEAL logo. The protrusions on both sides of the case, otherwise termed the four “horns” by Luminox, is often referred to as the “turtle-shape” case. Seen above is the 3501.P model. Photo: © TANG Portfolio/TimeWerke.

In 2017, the Luminox Navy SEAL collection further evolved with the launch of the 3500 Series which is presented with a darker dial and housed in a carbon case compound. This is a modern design interpretation of the 3050 Series yet it retains the model’s “turtle-shape” case. 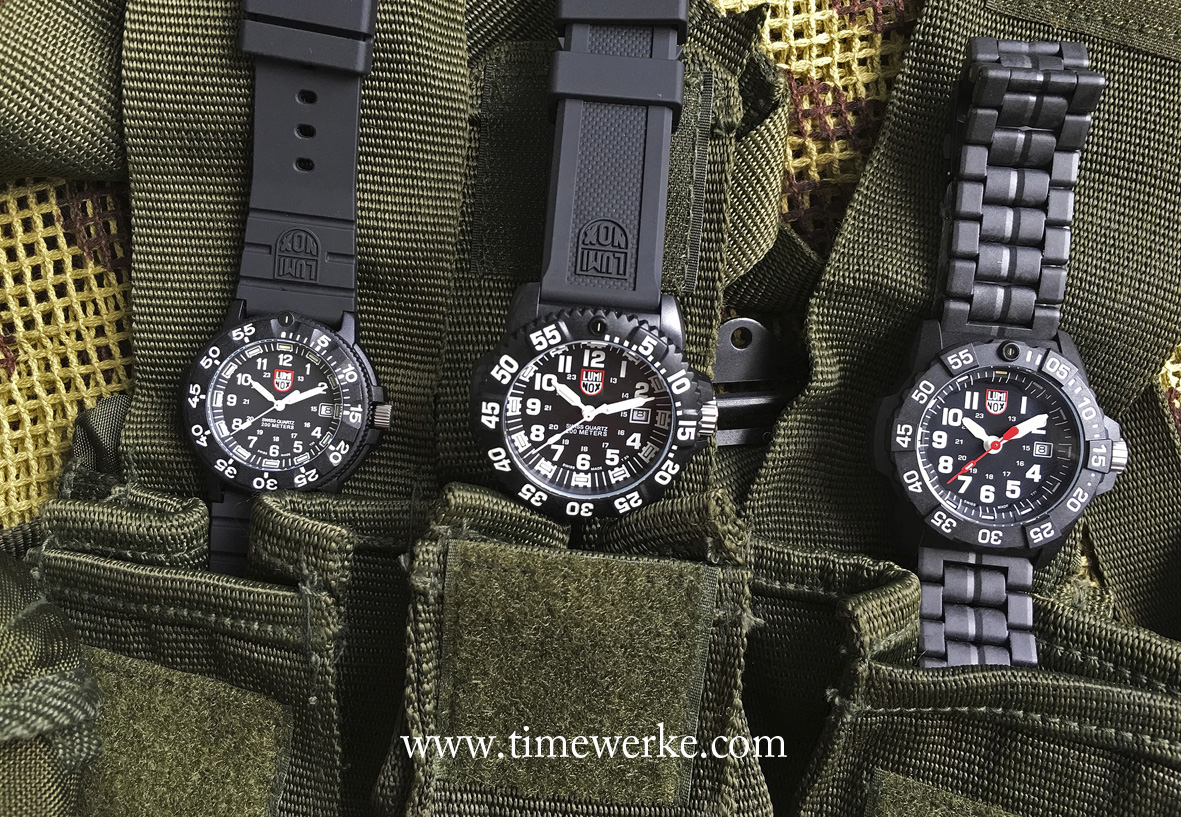