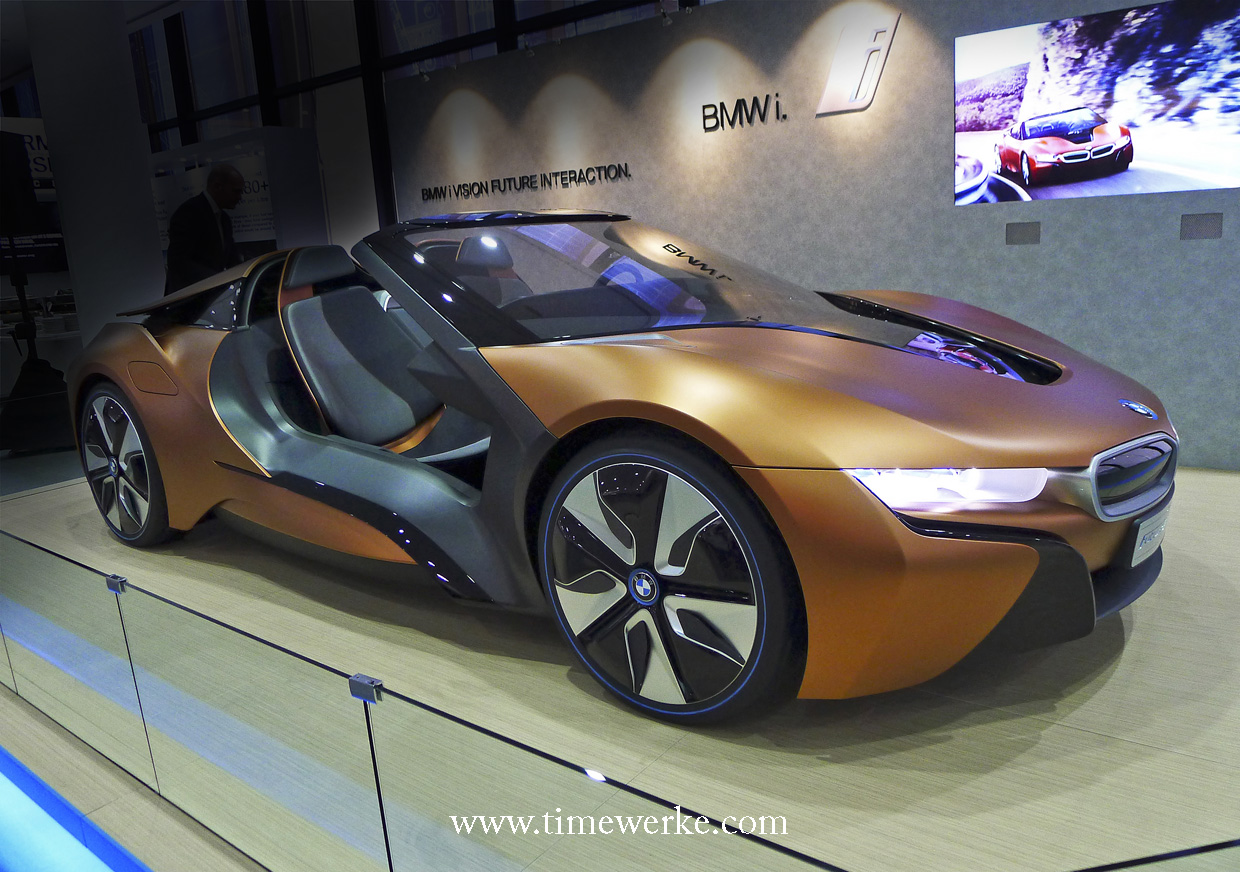 BMW i Vision Future Interaction Concept Car. It was first unveiled in January 2016 at the Consumer Electronics Show (CES) in Las Vegas. It finally made its way to South-East Asia and was first showcased in Singapore at Performance Motors Limited’s showroom in Alexandra Road. Photo: © TANG Portfolio. Elfa / Timmy. 2016

First unveiled in January 2016 at the Consumer Electronics Show or CES in Las Vegas, BMW’s i Vision Future Interaction Concept Car finally made its first appearance in South-East Asia in early August.

Based on the sleek and sporty BMW i8 Concept Spyder, the i Vision Future Interaction Concept Car was showcased in Singapore at Performance Motors Limited’s (PML) BMW facility at 315 Alexandra Road.

A member of the Sime Darby Group of companies, Performance Motors Limited has been a distributor of BMW cars and BMW motorcycles in Singapore since 1979. PML’s BMW facility is relatively new as it was officially opened in 2014.

It comes as no surprise that Singapore was the first South-East Asian country to showcase this concept car. Even though it is a small country, it has the highest GDP per capita in the region. (Reference: timewerke.com article: Singapore and the watch markets of South-East Asia.)

The sports car aesthetics of the BMW i Vision Future Interaction Concept Car is a feast for the eyes of any motoring enthusiast and it is designed as a two-seater offering an al fresco drive.

BMW’s Vision Car features an innovative LifeDrive architecture made with separate units operating independently of each other. It features the Life Module made of carbon-fibre reinforced plastic (CFRP) for a lightweight passenger compartment

The drive modules, the drive train, chassis and safety structure, are manufactured primarily with aluminium.

The use of carbon in their vehicles isn’t new for BMW. “The BMW i8 and i3 are the first mass-produced vehicles with carbon structures,” highlights Axel Pannes, managing director, BMW Group Asia.

The BMW i8, the German marque’s first plug-in hybrid car, was commercially launched in 2014. The BMW i3, launched in 2013, is the brand’s first electric car to be produced on an industrial scale. BMW has also staked its claim with the i3 being the world’s first series production premium electric car.

What’s more, the BMW i Vision Future Interaction Concept Car comes in a unique colour, what is described as an E-Copper Orange finish, frozen grey accents for the tank cover, front and rear sills for the characteristic kidney-shaped grille, and high-gloss black below the door’s entrance.

But there is more than meets the eye (pun intended) other than the sports car architecture.

In the first place, what is a BMW i Vision Future Interaction Concept Car?

BMW’s i Vision car basically demonstrates what the user interface of the future might be like between drivers and passengers with their vehicles, especially when technological advancements are leaning the automotive industry towards driverless cars and the realisation of Vision Zero.

Vision Zero, which originated from Sweden in 1997, is an international road safety initiative to eventually realise highway systems with zero fatalities or serious injuries on the roads. In other words, accident-free individual mobility. 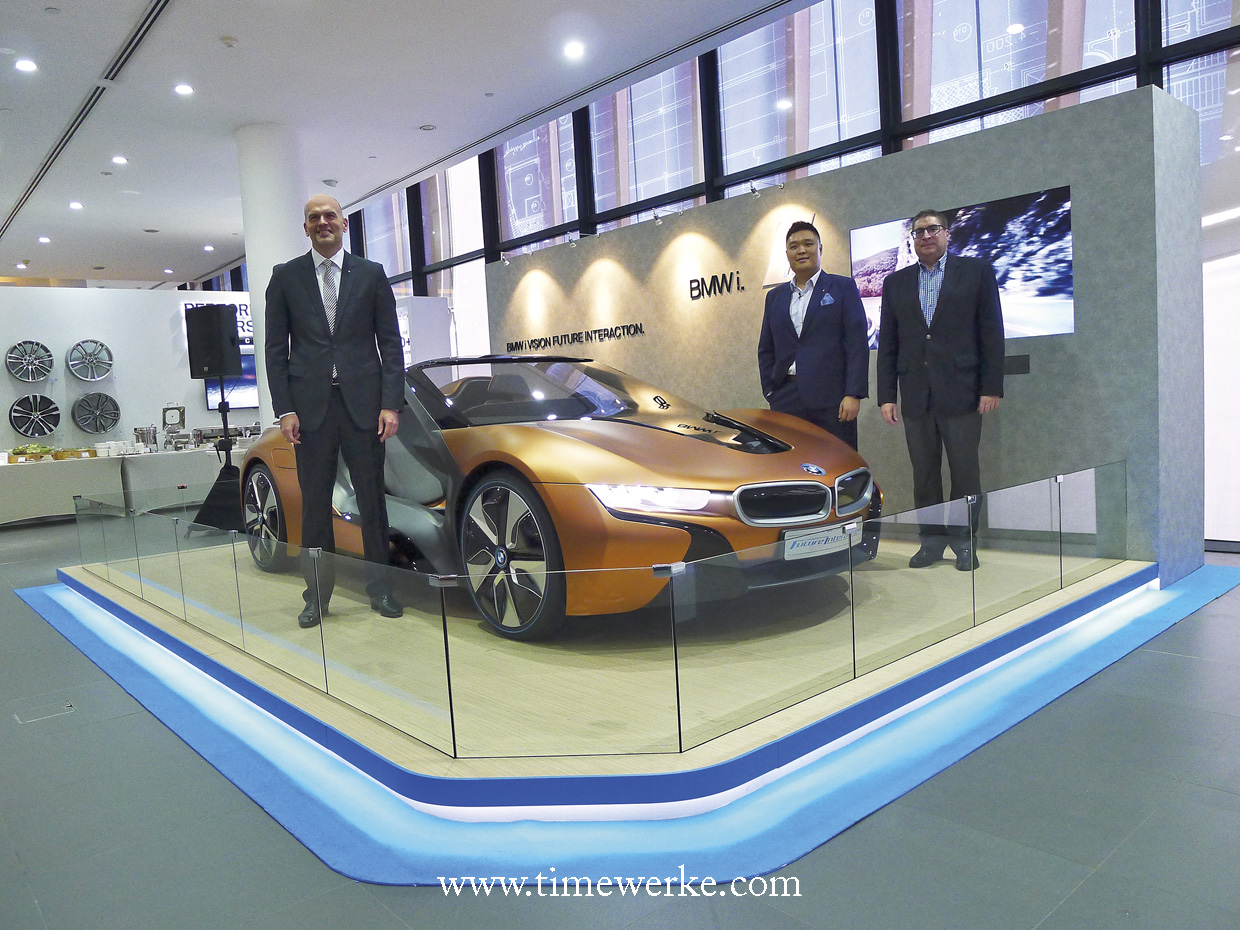 “BMW cars in the future will be electric and autonomous,” says Horst Herdtle, managing director, Performance Motors Limited (PML), adding that there will also be “shared business” as the vehicles are connected to the outside world.

As the objective is user interface, the driver or passenger can firstly, access the digital content, such as the charge status of the batteries, routes offered at any time on his or her smartphone, smart watch or Mobility Mirror.

Inside the i Vision Concept Car, there is a central panorama display for the menus, map displays and entertainment offerings, among other things.

This wide display does not obstruct the passenger’s view of the windscreen as it is only 11cm, which, as highlighted by BMW, “… means that the dashboard panel is not higher than in the BMW i8 and it permits an optimum view of the front of the vehicle.

“The dashboard is simple. The driver will therefore not be distracted by clutter,” notes Pannes.

An almost three-and-a-half minute video by BMW Group on this i Vision Future Interaction is highly recommended for those interested as it gives a great overview of what the future of driving and the user interface with the vehicle will be like.

Do check out the second part of this article on timewerke.com:
BMW i Vision Future Interaction Concept Car (Part II): i’s on the future