This Grönefeld 1941 Remontoire is equipped with the Calibre G-05 that has an eight seconds remontoire mechanism that delivers a constant force to the escapement resulting in higher isochronism and precision. The action is visible on the dial side at 9 o’clock by way of the blue governor that spins every eight seconds.

The movement is one of the 188 limited edition calibres that are made by Grönefeld but this is a pièce unique, in line with the Only Watch auction, as it features a one-off silver dial with a frosted surface in “vintage-smoked” colours and polished hour markers.

The Only Watch auction is a charity project whereby proceeds from the sales of the timepieces will mostly be donated to the Monegasque Association against Myopathies (Association Monégasque Contre Les Myopathies) for their medical and scientific research activities.

These will support the scientific research to find a cure to Duchenne Muscular Dystrophy, a disease that is, to this day, incurable and affects one boy over 3,000 male births, highlights Prince Albert II of Monaco.

Since the establishment of biennual Only Watch charity auction in 2005, more than EUR35 million has been raised. 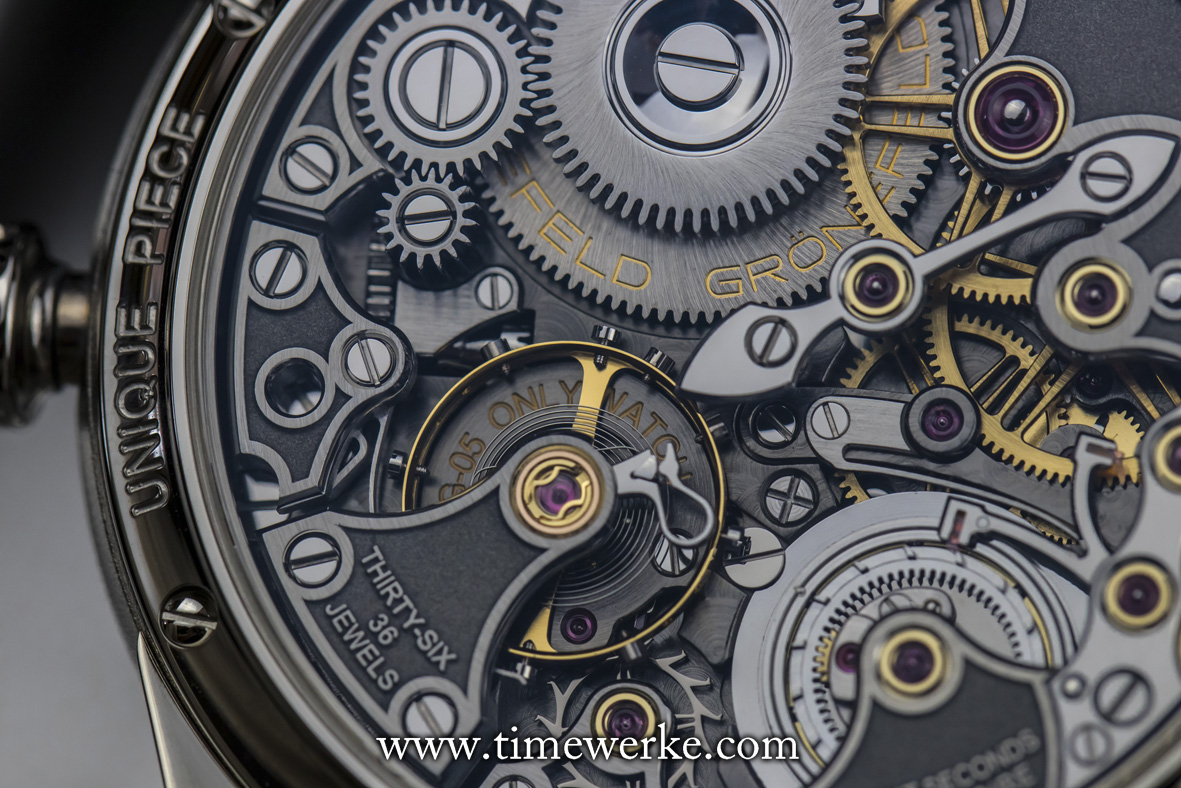 The Grönefeld 1941 Remontoire is equipped with the Calibre G-05,one of the 188 limited edition calibres made. Photo: Grönefeld.

“Thanks to the funds raised by Only Watch, the Monegasque Association against Myopathies has been able to set up an international consortium of public and private laboratories focused on the development of new therapeutic approaches such as gene therapy, cell therapy and repair of mutated nucleic acids, in particular by modulating mRNA splicing. Some of these approaches are very promising, some have already been successfully evaluated in man,” says Luis Garcia, scientific advisor of the Monegasque Association against Myopathies.