The SevenFriday M2 is the second-generation series from the brand using disc displays for the hours, minutes and seconds, told from right-to-left. Introduced in 2014. Photo: © TANG Portfolio

With the success of the first-generation SevenFriday watches, the question posed by critics was, “What next?” This was subsequently followed by: “Can this new kid on the block sustain its momentum?”

Indeed, established in Zurich, Switzerland in 2012, SevenFriday managed to capture the attention of many upon launch with its avant-garde P-series watches with very impressive-looking designs.

What was surprising was the demand, which was highly evident as interested buyers who placed their orders had to wait.

What was even more surprising was that production of only 1,000 pieces was planned for the first year. As of February 2014 or in less than two years, 12,000 SevenFriday watches were sold. 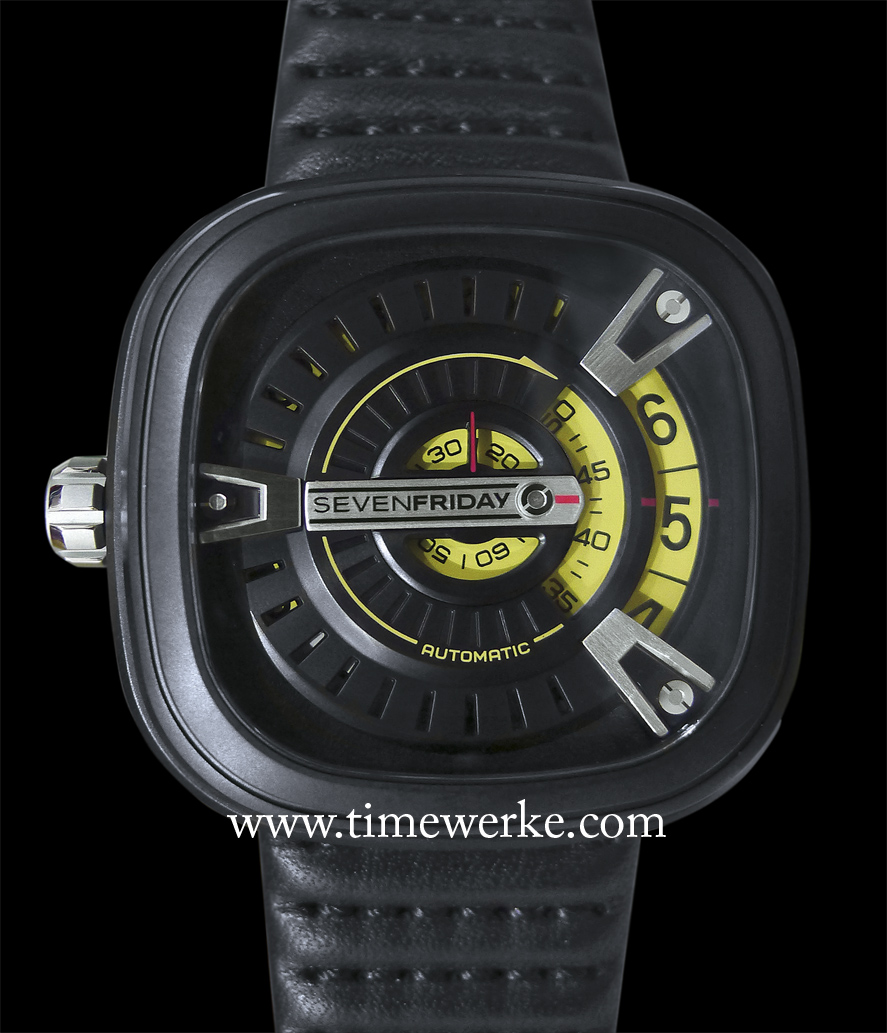 “Was I surprised? Oh yeah, I have never seen this [phenomenon] in the Swiss watch industry,” concedes Daniel Niederer, founder of SevenFriday.

In other words, while production was already ramped up due to the overwhelming worldwide demand, it was still insufficient.

One key selling point is the pricing where the aesthetics of the watches do not commensurate with prices, especially with what seems to look like a complex dial construction. Therein lies the success of good design.

Moreover, the “complexity” of the case and dial construction makes it difficult to produce counterfeits.

With the launch of the second-generation SevenFriday M-series in March 2014, quite a few critics were silenced, as Niederer once again proved the consistency in achieving good design backed by more than reasonable pricing strategies.

Even those who had once “thumbed-down” the use of the Japanese Miyota movement (owned by Citizen Watch Co., Ltd) changed their minds thereafter with the acquisition of their very own SevenFriday watches.

Action does speak louder than words. 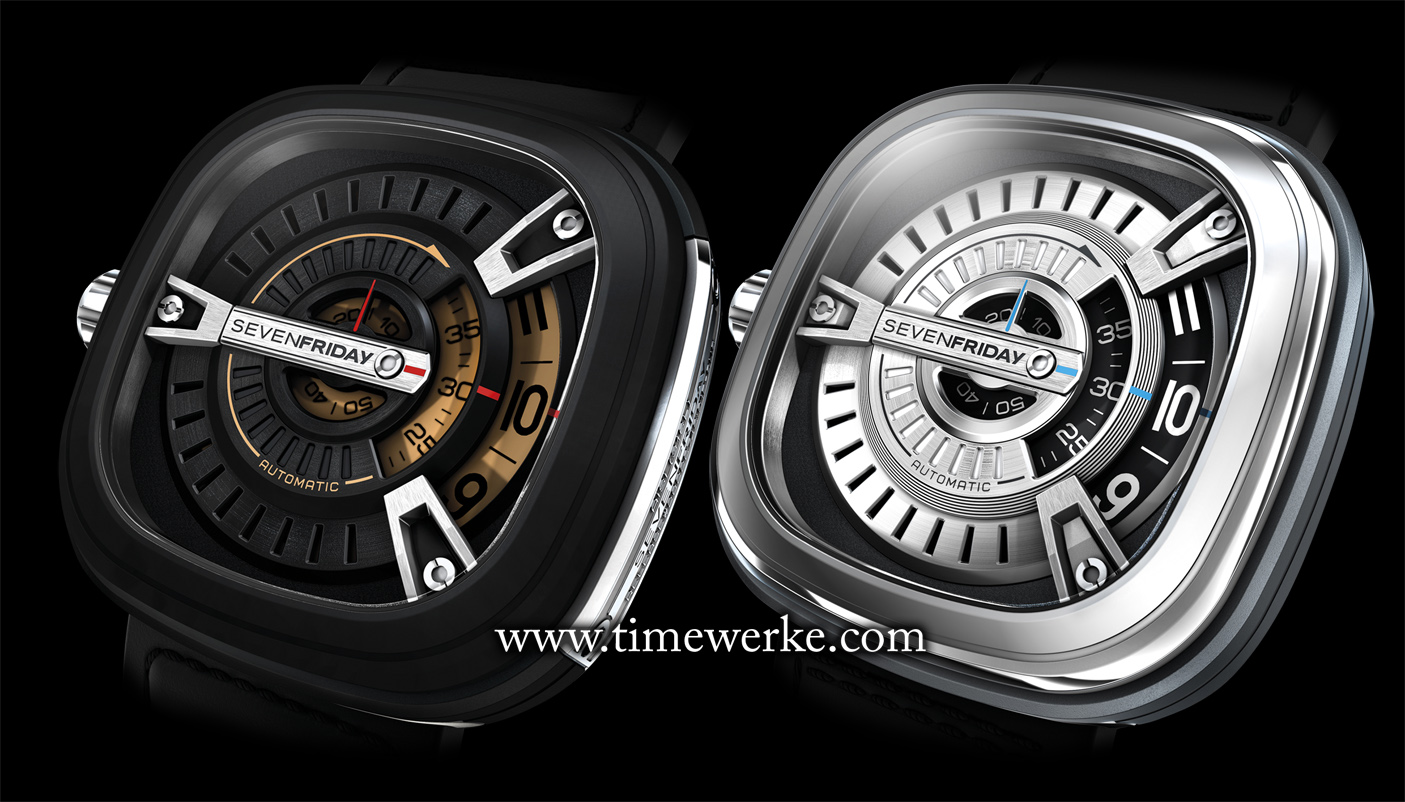 Apart from pricing (SGD2,200 for the M2 (left) as compared with SGD1,988 for the M1 (right)), the other main difference is that the case of the M2 is black PVD-treated. The SevenFriday M2 also features an additional side plate with the SevenFriday branding. Photo: © TANG Portfolio

There are currently two second-generation M-series versions: the M1 and the M2. Like their predecessor, both have the “squircle”-shaped cases (derived from the words “square” and “circle”). They are not small either, measuring 47mm by 47.6mm and with the thickness of around 13mm. However, these watches can fit slim wrists.

It is easy to assume that both the SevenFriday M1 and M2 are similarly priced, just as we had initially and mistakenly believed. However, this is not to be for there are differences between the two.

Firstly, the SevenFriday M2 is in black (PVD treated) and it has an additional steel plate attached to the side of the case (at 3 o’clock) for the M2. This theoretically means that the M2 will be slightly heavier than the M1.

The SevenFriday M2 is also slightly dearer than the M1 and is priced at SGD2,200 as compared with the M1 which is retailed at SGD1,988. This is a slight premium to pay for having the pleasure of owning the M2.

At SGD2,200 / RM5,660, the SevenFriday M2 is not highly-priced but highly-prized. That is why it is looked after by these “(storm)troopers”. Special thanks to FLABSLAB for the “security arrangements”. Photo: © TANG Portfolio

For those who had placed their orders for the SevenFriday M-series in March 2014, the wait time was around two months.

Was it worth the wait? For those who managed to obtain their pieces, it does appear so going by observations of the images provided by the satisfied owners on Instagram for example.

Weighing in at around 160 grams, are the SevenFriday M-series also worth their weight in steel?

Well, the general consensus is that these SevenFriday M-series watches are definitely worth their weight in gold simply because of its intrinsic value – and that is the enjoyment of owning something unusual that is not only well-priced but appears dearer than its looks.